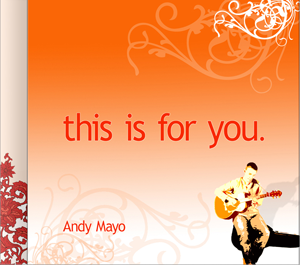 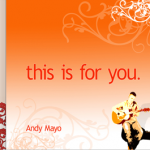 “Andy has put together a finely crafted set of songs which speak clearly of the Gospel and relate it to the experience of the man in the street (or the man in the jazz café, in this instance). His careful vocals mean that every word is heard and the diverse musical arrangements – particularly those which feature Nick Beston, and some achingly beautiful strings – are wonderfully produced.

“Some of the songs are obviously very personal and there are two or three which have a narrative style to equal the best of Tilbrook and Difford’s work with Squeeze, “He Says He Loves Her” being a prime example. “Jazz Café” makes explicit an atmosphere which really pervades the whole album and into that atmosphere Andy sings the good news of Jesus with a forthrightness that hits the listener between the eyes.

“At a time when singer/songwriters are enjoying something of a renaissance, Andy Mayo’s work is definitely up there with the best of them.”